Home » The Importance Of Respect In Keeping Your Employees Motivated 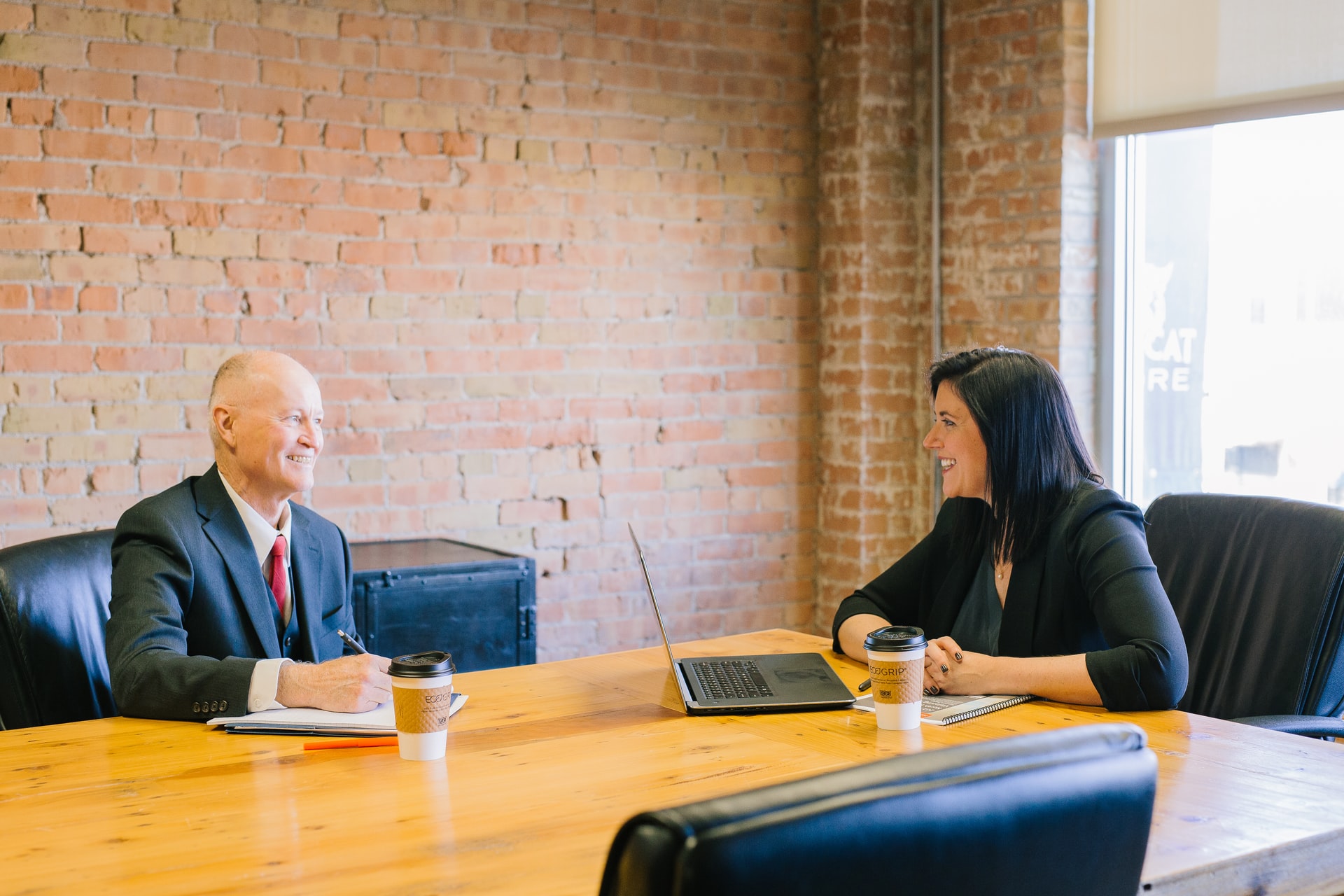 The Importance Of Respect In Keeping Your Employees Motivated

It has been discovered through research that workplace respect is not merely a “feel good” necessity but also has a direct impact on employee productivity and the company’s bottom line.

According to the findings of the research, 48 percent of employees consciously reduced their job effort and 47 percent reduced their time spent at work due to a lack of respect. Another 38% acknowledged producing lower-quality work, while 80% claimed they wasted time at work thinking about a project that showed a lack of respect, and 66 percent of those polled stated their performance suffered as a result of being treated disrespectfully.

Workplace respect is the most important factor in job satisfaction, followed by trust between employees and senior management.

Respect was ranked as the most important leadership behaviour in a big study which included approximately 20,000 employees.

According to a 2009 study, when employees are treated with disrespect, they are less likely to come up with new ideas and be creative.

Rudeness, according to the study, not only stifled innovative thinking and ideas but also hampered everyday duties and made employees less helpful to one another.

One of the most successful methods to develop this culture of respect, according to the research, is to show gratitude and ask for feedback. It is recommended that businesses hire for “civility” and to promote positive behaviour.

The rise of technology in the human resources sector allows HR professionals to spend less time on administrative tasks, such as fostering a culture of respect in the workplace. This allows them to focus on more strategic issues that require hands-on attention, such as fostering a culture of respect. HR professionals will be able to push these critical projects if they spend less time on paperwork that can be automated.

It was discovered that many leaders inherited their (disrespectful) behaviour from their manager or leaders, emphasising the significance of developing a business culture with distinct traits such as respect. Several experts emphasised the importance that HR practitioners can play in fostering workplace respect.

Experts say that shaping business culture, making it sustainable, and creating an atmosphere where employees can thrive should be a top concern for human resource professionals, according to the report. The article goes on to remind HR professionals that creating and maintaining a business culture should involve everyone, not just management and that these principles should be part of the hiring and training process.

It’s not about being pleasant.

Experts in Human Resources in an article explain that expressing respect is not the same as being pleasant. “It’s a mistake to conflate niceness and respect,” he writes. He claims that managers can choose to be respectful and that this choice will have significant and demonstrable good effects on a team, particularly on productivity.

“In fact, some people have a hard time trusting a good boss because they believe, ‘They’re being so nice; they must want me to do something I don’t want to do,'” says the author.

“However, the opposite is nearly seldom true: employees are unlikely to distrust a courteous leader. To summarise, being polite and courteous do not always go hand in hand. It’s entirely feasible to be straightforward, even rude, and yet be respectful in ways that only a few people would consider nice.”

He tells customers to learn how others prefer to be handled and “respectfully honour those preferences”. This does not imply a lowering of standards. It’s a method for implementing a leadership style and getting the best out of employees and team members.

A leader who takes an adaptive, flexible, and respectful approach is significantly more likely to have consistent, positive results, performance, collaboration, and loyalty. Plus, for the most part, these leaders are actually appreciated in return. Respect is normally returned with respect; however, this is not always the case with being polite.

Respect in its various forms

In her writing, a researcher distinguishes between two types of respect: due and earned. According to her, owed respect is offered equally to all members of a team or organisation. It speaks to the human need to belong, and it manifests itself in courteous behaviour and a culture that values team members. Over-monitoring, micromanagement, a lack of inclusivity, power abuse, and a perception that individuals are interchangeable will thrive in its absence.

Earned respect is the second sort of respect. This is defined as honouring employees that achieve and go above and beyond, as well as reaffirming the idea that each person has their own set of abilities and talents.

Earned respect satisfies the desire to be praised for an outstanding effort. Taking credit for other people’s success and failing to recognise employees’ accomplishments are both symptoms of a lack of it.

While an imbalance between the two types of respect might cause employees to get frustrated, the balance should be tailored to the team or business’s goals.

Workplaces with a high level of due respect but a low level of earned respect might devalue individual achievement as employees believe they would be treated similarly regardless of performance. This can be advantageous in situations where a team has to be driven to achieve common goals, but it can also demotivate people. While creating an environment where team goals must be met can be beneficial, it can also undermine motivation and accountability. Making the effort to treat your staff with respect is far less expensive than employing teamwork speakers or other more expensive kinds of team-building. In this article, RisePath explains the importance of respect in an organisation.

Fostering respect in the workplace, according to a study, can also drive people to try new things and learn by supporting “trial behaviours” that can boost personal growth as well as assist them to progress professionally.

This might have a significant influence on a company’s bottom line, as disengaged employees cost a lot in absenteeism and unproductivity. Employees that are valued, are more resilient, allowing them to keep trying, collaborate more with others, work better and more creatively, and are more willing to follow their boss’ directions. To build an ideal work environment, managers should establish a baseline of owed respect, particularly among lower-level employees.

Employees that are respected are healthier.

In an article published in a leading business journal, the author writes that recent developments in organisational research are providing some surprising answers about the role respect plays in productivity.

She claims that “difficult managers” create employee stress by putting greater pressure on them, which leads to higher healthcare costs and higher turnover rates.

“Hard” bosses frequently believe that placing pressure on employees would improve performance. It does, however, increase stress, and research has shown that high levels of stress have several negative consequences for both companies and employees. She claims that cultivating trust and fairness as wonderful techniques for getting ahead as a manager is supported by a lot of studies in this field. She goes on to say that these behaviours have been demonstrated to boost productivity in both individual employees and teams.

A culture like this can even help people cope with stress. While our brains are attuned to risks (whether the threat is a raging lion or a screaming boss), when we add that polite behaviour and kindness in the workplace have also been proved to have a positive effect on employee health, our stress reactivity is dramatically lowered.

Respect can get the best out of employees.

Respect is one of those subtle lubricants that keep the motor of management running smoothly. But, just like oil, when it runs out, parts begin to grind. Employee engagement is delicate, and respect is a critical component in maintaining it.

With 70 percent of the American workforce falling into different metrics of disengagement, resulting in billions of dollars in lost annual productivity expenses, employee engagement is a critical consideration.

Respect plays a crucial role in keeping employees engaged. It makes employees feel like they’re a natural part of the team. Employees want to perform their best for someone they respect and feel alienated when they are not treated with respect, and this produces a work climate where problems fester.

It is backed up by scientific evidence.

Trust and respect are vital for creating a high-performance environment. A workplace with high levels of both will be a better predictor of great performance than monetary incentives.

When interacting with employees, excellent interpersonal communication, improving listening skills, and learning how to be present are extremely important. Managers who are clear in their communication are perceived as transparent, which builds trust. Employees who feel looked down on are less likely to deliver their best job.

The effect of the dominoes

The research found that a lack of respect in the workplace had a dramatic “knock-on” effect and that even witnessing an incidence of unpleasant behaviour can have a negative impact on employees’ behaviour and make them less inclined to be helpful.

In this way, something seemingly insignificant, such as respecting your employees, can have far-reaching consequences throughout the organisation. This, in turn, can have a wide range of consequences for your company’s performance and success.